I have been sharing military related history about my Grandfather, a Korean War veteran, in the lead up to Veteran’s Day. In his collection of photographs and documents, he had several certificates that dated to his time in the service.

The Domain of the Golden Dragon is an unofficial Navy award. It is awarded when the receiver crosses the International Date Line. During the Korean War, the troops were transported by ship to the distant battlefield. One of the few stories he mentioned during our rare discussions of his time in the service was watching a volcano erupt as they went by on the ship.

My Grandfather completed his Army training at Fort Meade, Maryland. He was a member of the Quartermaster Corps and served as a cook. As a child, I loved when Grandpa would invade Grandma’s kitchen and make his “S.O.S” recipe from his time in the service.

While the brothers were all serving in Korea they had the opportunity to all get together while in the combat zone. This article announcing the event made the local paper in Fayette County, West Virginia in October 1953. 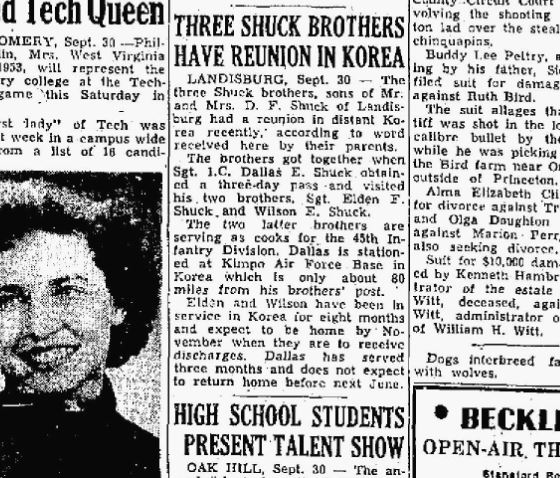 My Grandfather always had an interesting sense of humor. This “memo” he wrote regarding employees who refused to fall over after they were dead. 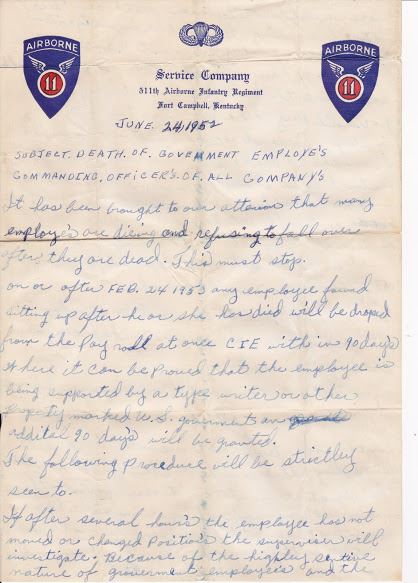 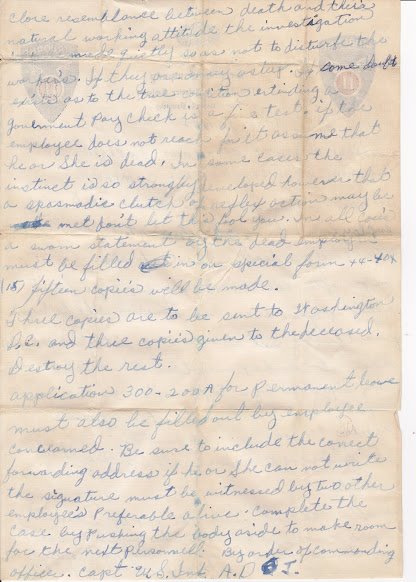 I wish I had taken more opportunity to ask him so many questions now that he has been gone for several years. If you have aging veterans in your life consider taking a moment to see if they are willing to discuss their time in service.

Carrie Brown is a genetic genealogist, hobby blogger, and long-time history enthusiast with a passion for genealogical research. Currently she is working on her degree in business from Western Governors University. Carrie is a member of the International Society of Genetic Genealogy and volunteers her time as a research volunteer for SearchAngels.org View all posts by Carrie Brown

2 thoughts on “Snippets From The Korean War”

This site uses Akismet to reduce spam. Learn how your comment data is processed.