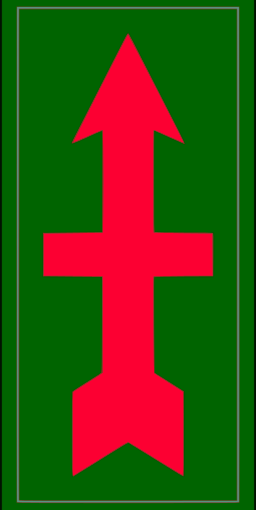 Every Tuesday I try to provide a research tip. These are tips that I use daily in my own research to help me be the best genealogical researcher I can be.

This week my tip is in regards to records and fuzzy facts. My genealogy research right now is centered around a man who served in World War II, Fredrick L. Jacobs. I am trying to discover details of his service and the story behind his three purple hearts.

Fred’s records were lost in the St. Louise, Missouri records fire of 1973 which destroyed most of the Army’s personnel records. A request to the National Archives turned up only a sad form letter. I set out to see what I could discover about this interesting research subject.

One of the first details I noticed about my vitals on Fred Jacobs was that his year of birth varied from year to year on his source documents. In this instance I was more curious about the actual year than some…Fred was either 18 when he enlisted for World War II…or he lied to say he was 18 when he was in fact only 17. Sneaky, sneaky!

I used the various source documents I had to determine if Fred was in fact born in 1921 or 1922. Fred’s birth record, a primary source, has been elusive so I have had to use the various documents I do have and weigh the evidence presented with secondary sources.

A source document is considered strongest if it happened at or near the time the event occurred. Birth records are considered the primary source for a person’s birth information. Without a birth record I needed to look at the records I did have located.

The first record I have for Fred is the 1930 census. His age correlates with the younger date of birth. The 1940 census too agrees with the age of the previous census. In 1940, just a few months after the 1940 census, Fred suddenly aged one year on his enlistment papers. After his service ended Fred’s year of birth once again reverted to 1922. His headstone reads the year 1922.

Based on these various source documents it seems certain that Fred lied about his age to enlist in the Army for World War II. My research tip of the day is to compare your source documents to understand why there may be distorted facts from one document to another.

Find more on Fred L. Jacobs on my blog about his service during World War II.

Carrie Brown is a genetic genealogist, hobby blogger, and long-time history enthusiast with a passion for genealogical research. Currently she is working on her degree in business from Western Governors University. Carrie is a member of the International Society of Genetic Genealogy and volunteers her time as a research volunteer for SearchAngels.org View all posts by Carrie Brown

8 thoughts on “Research Tip of the Week”

This site uses Akismet to reduce spam. Learn how your comment data is processed.